Random greetings! So I know it’s been a while since I’ve done a post on here since my birthday (seems like that always) and I also know that I’m running behind on a lot of my posts which I want to apologise for. 2016 have been a hectic year for me so far. I’ve been heaps busy trying out new things, reconnecting with people and meeting new people instead of spending most of my time at home like last year. I haven’t had a lot of free time these days which is kinda the reason why I haven’t been active on here.

Today, I want to share some exciting news with you guys something. Usually, I don’t share this with people because it is quite personal and also because of the portrayals it has in the movies and TV. I also don’t want people to think I’m some kind of “crazy” person with a mental illness or anything (talking about an event that happened recently which was reported on the news in the upper North Shore of Sydney) but I’m gonna share it anyway.

I am proud to say I am two years free today from being in hospital. This is the longest I’ve been out of hospital. Now, there will be people out there must be wondering what I’m talking about and few of you already know. 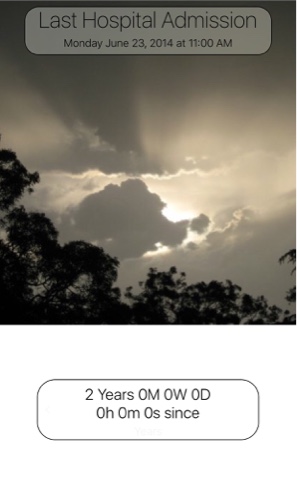 As some of you guys may know, I have been getting ongoing treatment for my depression ever since I was first diagnosed with it when I was in Year 8 back in 2003. Ever since my first suicide attempt, I’ve been admitted into different hospitals throughout my life for a lot of reasons with my suicide attempts, self-harm, my safety, treatments for medications etc. every year (with the exception of 2006). There were times where I had to be admitted multiple times in a year. I have talked about this briefly in my story but haven’t gone into detail.

Oh by the way, I don’t like to use the term “mental hospital” because I know when some people think of mental, they think of “crazy” and being locked up in an institute. Well, I can tell you it’s not always like that.

Just to give you an insight, some of the private psychiatric hospitals I’ve been in is not really that bad and it’s so much better than being in the psychiatric wards in the public hospitals. The environment is very much chilled and relaxed, food is restaurant quality, the staff and patients are very friendly and supportive, you get to have your own room and maybe your own bathroom, the therapy groups are very beneficial (except after going to the same hospital after seven years like me, you pretty much already know everything) and there are different activities you can do like gym, yoga, card making, music/art therapy etc. So as you can see, it’s like a luxury hotel.

This is a big milestone for me because the last time I was in the psychiatric hospital was back in 2014 exactly on this day. I actually never thought I’d come this far because I have always relied on hospital for support. In the past, I keep asking myself, am I able to survive without being in hospital every year? Well, after two years, that’s the answer. There were even times where I was so close to being admitted but somehow, I’ve managed to survive every time.

I know hospital will always be there for me when I need it but after moving on from my past and with the support network I have currently, I feel like I’m in a good space even though I still struggle with my depression.

Also, sorry about this but it comes to my attention there have been a few people judging me about my depression recently and I have a response back to them. If you don’t agree with what I say, that’s fine as it’s your opinion and I respect that but don’t judge me just because I have a mental illness. I’m no different from anyone else. I didn’t “choose” to have depression. Would I want a “normal” life? I wish sometimes but now, I feel like I was meant to live this life for a reason.

Even though I’ve been through so much crap in my life like the bullying, didn’t had the best childhood, had to do eight medical surgeries and other stuff I had to go through, I want to share my experience with people. I’m also trying to raise awareness of mental health so people can understand and know more about it. I know I’ve said this many times but one of my goals is to reach out to people and that’s the reason for this blog. If you don’t agree with that, feel free to go our separate ways.

Anyway, moving on…I just wanted to say thanks to those who have supported me from the very beginning and those who supported me when I was in hospital. I know some of my admissions have been a scary experience which I apologised for but your support has been amazing and if it weren’t for you guys, I wouldn’t be here.