2018 was one of the hardest years I went through as I had a relapse with my depression and I have to admit, it’s something I never imagined going through and don’t want to ever again. To summarise and explain to you guys, it was a big rollercoaster with many ups and downs.

First thing first, I want to apologise to you guys for not being active here because I went through a dark period where I was struggling towards the end of last year.

This will be a hard post to write for me because the stuff I’m sharing to you guys isn’t easy because it is so personal and I don’t even know where to start off. However though, I want to raise awareness of mental health and I’m sure you guys have questions that want to be answered, what went wrong as I was going so well. I’ll be doing multiple posts mainly I have so much to talk about and it will be too long to do it one post. In this post, I’ll be talking about what lead to my relapse and what really happened.

As most of you guys may know, last year in mid-October, I was admitted to a private psychiatric hospital after suffering a relapse and also reaching my milestone of not being in hospital the longest for two years, two months and six days which I’m proud of. Though, I am disappointed that I had to go back into hospital again as I couldn’t stay strong no longer. 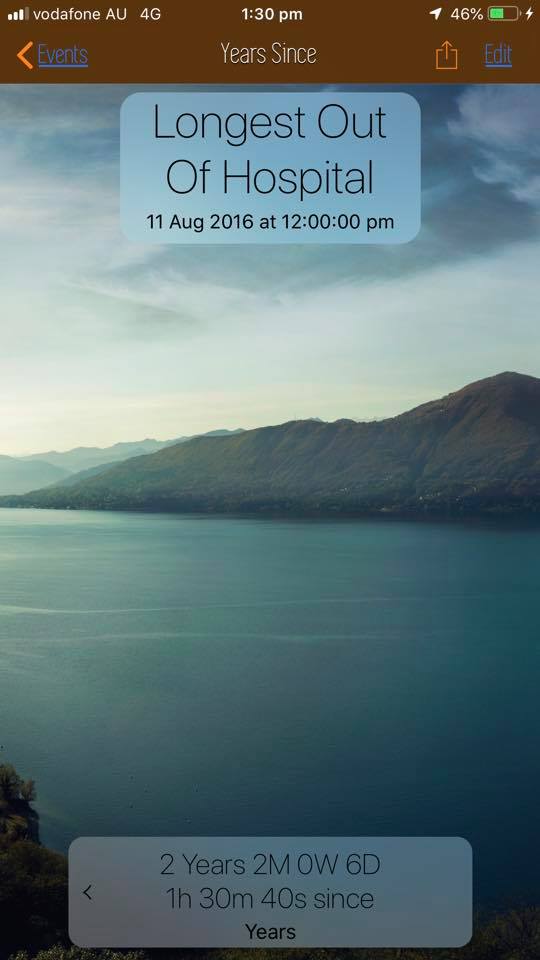 My milestone of being out of hospital for the longest – 2 years, 2 months & 6 days

Some people were a bit shocked to hear the news that I was in hospital as I was going so well and looked fine but in reality, there were times I really wasn’t happy. I have been struggling a lot that no one knew about…well except my support network. I pretended to be that I was “happy” like I have always done in my childhood. I’m not sure why I did that…maybe because I was going so well, I didn’t want people to think I was weak if I struggled and I was ashamed to ask for help.

One of the ups and downs was my TAFE course. After 1½ years, I finished my retail baking course at TAFE which was a huge achievement but after talking to my support network, I realised that TAFE took a big toll on me because of the intensity of the course.

The Croquembouche Tower I made at TAFE

Don’t get me wrong, this was the best and my favourite course out of all the courses I’ve done but from my experience, it is very high pressure working in the kitchen with the long hours early in the morning and late in the evenings, preparing and doing the theory and intense practical exams especially for me because I have a disability. Not getting along with one of the teachers didn’t help as well but I won’t go into detail about it.

Though, I have always wondered how I was able to manage all that high pressure even times where I almost gave up like in the practicals exam where I made three cakes in five hours where I barely passed and there was a presentation I had to do about work safety in front of the whole class and that made me very anxious (had a bad experience in the past) but I finally completed my course and earned a Certificate III as well as being a baker’s chef. Also, I guess things just went downhill so fast after finishing TAFE.

Even though my course was hard, it was sad that it was over as I missed seeing my classmates every week (especially my first class), learning a lot from my teachers with their experience and professionalism, learning new recipes to cook in a commercial kitchen. It was quite similar to my Multimedia course I did many years ago after completing the Certificate IV.

Also, just letting you guys I did had ups like completing my TAFE course, making new friends that have been supportive, doing my first cooking demo, meeting old friends and family who I haven’t seen in years, my trip to Hong Kong, Malaysia & Singapore, celebrating the milestone of being 4½ years self-harm free as well as the 10th anniversary of my suicide attempt, making cakes that have been requested from family and friends and seeing their joy in their faces.

Anyway, I decided to take the second half of the year off from studies but there were some days where I was at home which probably wasn’t ideal as I tend to ruminate thoughts and my struggles. One of the things I struggled with was anniversaries like deaths of loved ones and I don’t cope with losses that well but that’s the reality of life like I have learned in one of the therapy groups.

When winter arrived and for the first time ever, I didn’t felt as down like I was in past years even though I was still struggling with depression. Another anniversary was the fifteenth anniversary of my first suicide attempt and the tenth anniversary of my last planned suicide attempt on 22nd July 2018.  Because it was a big milestone and significant to me, it was very difficult as it was a traumatic thing to go through as I almost died more than a decade ago. I don’t think I have actually dealt with it properly as I sometimes get flashbacks about it.

Although, at the same time, I was at the highest of the highest point in my life because I have come a long way in 10 years and also haven’t attempted suicide during that time. Sharing my milestone with readers and getting feedback from them as well as people who I have never met was very heartwarming and emotional to hear that my story has helped them and can relate to me. For those who are dealing with their struggles, I just want them to know that they are not alone like I felt when I was a kid.

In mid-August, I went on a holiday for a month and travel to Hong Kong,  Malaysia and Singapore with my dad as a present for finishing my TAFE course from my parents. As you guys know, I love to travel to other countries that I’ve never been to and experience the culture of them. Hong Kong is pretty much my second home and been there many times but it was my first time visiting Malaysia and Singapore.

We spent a lot of time doing shopping and eating in Hong Kong and also visiting family and friends who I haven’t seen which it’s always great to see them. I also did volunteer work with my dad’s primary school friend and other volunteers and we visited people with dementia in a daycare centre. It was very sad to see what they are going through especially the families and gave me another perspective of life. Since it was the Autumn festival, we help them made lanterns and did some exercise they can do. Unfortunately, I wasn’t able to communicate with them because of the language barrier (my Cantonese is limited) but thankfully another volunteer was able to help me.

My dad and I travelled to Kula Lumpa in Malaysia and visited the Petronas Twin Towers which was very tall and huge but unfortunately wasn’t able to go inside as it was closed for the day. We also visited my sister and her fiance in Singapore for the first time and it was great to see them. They took us to the Gardens by the Bay and it was incredible as we saw the Cloud Forest Dome which is apparently the world’s tallest indoor waterfall and also saw the Supertree Grove that are like huge tree-like structures. We also visited the Marina Bay Sands to see the statue of the Merlion.

Halfway through my trip, I had a breakdown because I was still dealing with my struggles. I was trying so hard to pretend to people that I was fine but again, I really wasn’t. Also, I started to get nightmares about my past like the bullying I went through in school,  seeing loved ones and pets who I lost to death, hallucinations I had a long time ago,  me self-harming myself and suicide. I get these nightmares two or three times a night every night and I ‘d wake up having a panic attack with my heart racing at 140 or 150 bpm and gasping for air. This was all new to me as I never experience like this before. 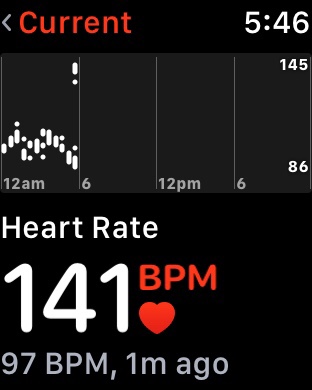 Another thing I didn’t mention before was I started to get dark thoughts about suicide and this was probably due to the nightmares and also again the significance of the tenth anniversary of my last suicide attempt. I know what some people are going to say that it’s not good to dwell on the past because I won’t be able to move on and look forward to the present and the future. The past is in the past and you can’t change.

Anyway, the rest of the trip it was very difficult to enjoy because of the stuff I was going through but I still kept my “happy” face on. When we got back home, it was a relief as being away for a month from home is a long time but I was still struggling.

An example of my happy face that people would see

I saw my support network again and they suggested I should go into hospital which I was very hesitated to going back in as I worked so hard to be out of hospital. I had to spend a lot of time thinking about it but then I realise I couldn’t take it anymore and I needed a break from life and decided to go into hospital.

Thank you guys again for your support and being there for me. It really means a lot to me and it made me realised that I have amazing family and friends that believe in me even when I didn’t.